The mission of the George Sand Association (GSA) site is to unite scholars and aficionados of the 19th-century French author. We use the site to announce upcoming international conferences and panels at other conference programs; in addition we publish pertinent announcements and sometimes short documents concerning plans, projects, and publications concerning work on George Sand’s works.

I would like to link up scholars directly to the usual electronic sites for research, including library collections, French history sites, and other locations of interest to researchers, as well as to sites in art history, geography, and 19th-century history legal sites that would provide valuable research material.

Few literary sites that offer anything close to what I hope to achieve with the GSA website project. There are even fewer for French authors. Not only will the site provide unprecedented availability to scholars of the works of George Sand, but scholars of 19th-century French literature and history and, to a lesser degree, scholars of (French) literature in general, will also find useful components of the new site. 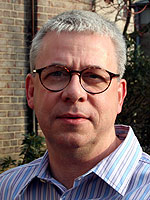