This site archives myths about the Native American trickster Coyote and tales collected from animal trappers, who attempted to contain and in some cases eradicate the coyote in the 19th and 20th centuries.

In Native American myth, Coyote is a trickster. His antics—whether obscene, ridiculous, or heroic—are intended to teach listeners about cultural and ethical norms. The tellers of these myths span American Indian nations that include the Navaho, Shoshone, Ute, Blackfoot, and Gros Ventre. The myths are part of a vibrant oral tradition; however, many versions were transcribed by early 20th century ethnologists such Franz Boas, Alfred Kroeber, and Pliny Earle Goddard. Since then, scholars have found Coyote to be a source of enduring curiosity. In some myths, he plays a vital role in the origin of humanity, bringing fire to his people or even making the earth itself. In others, he a comical figure, who loses his eyes after an attempt to juggle them, or a villain with a disturbing and violent sexual appetite.

European Americans did not share this mythic view of Coyote, despite having their own tradition of animal tricksters such as Reynard the Fox. For them, the coyote was a scientific curiosity—a new entry in the Linnaean taxonomy. Thereafter, constructions of canis latrans aligned with the nation’s emerging economic and religious identity. For example, the coyote was seen as a furbearer, but its pelt was not nearly as valuable as that of the beaver, otter, or bear. With the expansion of the ranching industry, coyote became a varmint who embodied a set of anti-Christian values. Like wolves, coyotes were indiscriminant killers that disrupted attempts to reclaim the land from a desolate wilderness.

Users of this site will assemble their own collections of myths and tales, tracking coyote across history, ideology, and culture. 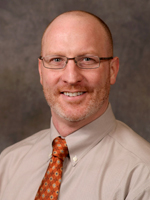