This project is the construction of an annotated, digitized text of the American and British versions of Dion Boucicault’s controversial 1859 melodrama of interracial relationships and plantation life in antebellum Louisiana, with an archive of materials on performance for scholarly and pedagogical use.

We will examine both the scripts of playwright Dion Boucicault’s melodrama The Octoroon and disparate responses to this play by theatre audiences in the United States and in Britain. Boucicault wrote the first version of the play in 1859, while the Irish playwright and his wife were living in the United States. In 1861, after Boucicault and Robertson returned to Britain, and just months after the start of the United States Civil War, Boucicault debuted the Octoroon at the Adelphi Theatre in London; at first staging it as it had been performed in America. But in Britain (where slavery had been abolished a half century earlier) the Saturday Review noted, spectators for whom “the law of Louisiana that forbids an amiable gentle man to marry a pretty young woman, merely because there is an infinitesimal drop of black blood in her veins” seemed “absurd to an Englishman.”i

Audiences expressed audible disapproval and scores of letters were written to Boucicault and published in the British press, imploring him to re-write the play and allow the character of Zoe to survive, marry her British suitor, and return with him to Britain.

At first Boucicault resisted, claiming that such a change would destroy the artistry, effect, and political import of his tragedy. But by 21 December 1861, the Saturday Review reported Boucicault “wisely wielded to the wishes of the public and allowed an Octoroon to escape . . . to a land where an eighth part of black blood is not an insuperable bar to marriage.” Boucicault declared his new ending was “composed by the public” and merely “edited by the author.”ii 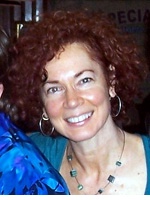