This is an exhibit of the collection of Wayang Kulit (shadow puppets) that anthropologist David J. Banks acquired in northern Kedah, Malaysia in 1974. According to Banks' field notes, he and his wife met a dalang (puppeteer) in a village near the Thai border who traveled to southern Thailand to purchase this collection of puppets for them. This kind of set of shadow puppets was used in performing arts on both sides of the Thai-Malaysia border. Many residents living on the western side of the southern border were Muslims who spoke Malay and Thai. Shadow puppet performances were a mixture of both languages. Thai was often used to narrate the story and Malay for the characters. Although this genre of shadow puppet theater, sometimes called Wayang Gedek, has been in decline for several decades on the Malaysian side of the border zone, a related genre, Nang Talung, continues to be actively performed on the Thai side of the border. Currently, there are only two active groups of shadow puppet performers in the northern regions of Kedah. The two curators finalizing this exhibition database are Tiyanna Forrest and Professor Timothy P. Daniels. Tiyanna is an undergraduate at Hofstra University majoring in Education and History. She has worked on this database for two years under Prof. Daniels' supervision. Prof. Daniels is a professor of Anthropology. He coordinated Dr. Banks' donation of these puppets to Hofstra University and oversaw the development of this database. 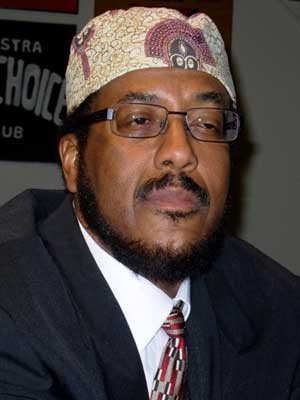